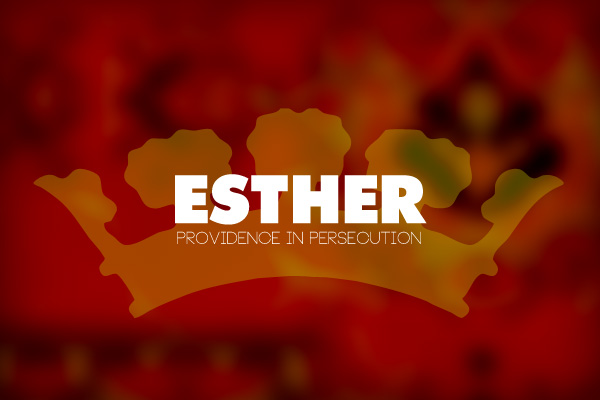 In 586BC, Jerusalem is destroyed with fire by the Babylonian army. From 605BC – 586BC, Babylon forces Israel to deport to Babylon as slaves of the empire. This all happens because of Israel’s repeated disobedience to God and lust after other false idols. God provides prophet after prophet to warn Israel of the coming destruction, but all the kings ignore the warnings and are ultimately invaded. Israel finds a home in Babylon in spite of their exile. They build families, take jobs, and plant their lives in this foreign land.

In 539BC, Babylon falls to the mighty Persian empire. The Persian kings are good to the Israelites eventually freeing them and allowing them to rebuild Jerusalem, the temple, and the walls (Ezra and Nehemiah). Many Jews migrate to the Persian capital of Susa including Esther’s family. Somewhere along the way Esther’s mother and father die, and her cousin Mordecai adopts her as his own daughter.

The Persian kingdom is an incredibly rich and powerful nation. It’s also diverse, full of different types of people, religions, and extravagances. The Persian kings are used to being worshiped as gods and getting whatever they want. Esther finds herself as a pawn in the royal court being forced into circumstances that were not her choosing. All throughout the story, evil and unfortunate predicaments seem to gain the upper hand with Esther and her people. Yet, God is working the whole time behind the scenes even if it appears He is not present. Justice takes place, and God’s redemption for Esther and her people is swift.

God is sovereign, and in control of the universe, even in the midst of terrible circumstances. Sometimes, God shows Himself in grand gestures, but He often works through ordinary, faithful, bold believers for His goals to be accomplished. We also see in man that there is a strong pull in this world to take the easy route. Yet, God places us in very difficult situations to grow our faith and, testing our faithfulness to Him.

Looking forward to starting this awesome book next week January 4th at 10:30AM. Join us and bring a friend!