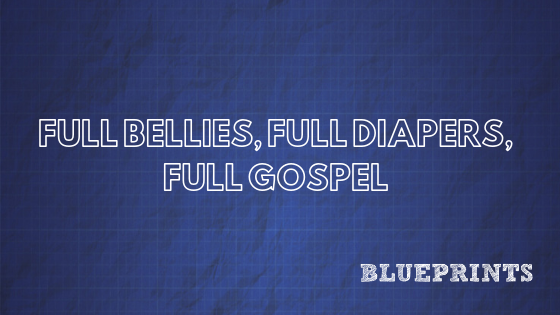 From the moment you opened your eyes and drew your first breath you have been taking in information, processing that information, and using it to form opinions about the world around you. Some of the first conclusions you drew came about as you discovered that you liked to be warm rather than cold, you enjoyed having a full belly as opposed to empty, and you disliked having to sit in a dirty diaper a great deal. These conclusions about the world around you formed the basis of your earliest thoughts about what it means to be content in this life. Although you lacked the ability to express these ideas in terms of a well-reasoned system of beliefs, you very clearly held to a position that said warmth is good, food is better, and poop stinks.

You’re an adult now, but I’d imagine your views probably haven’t changed. You still like being warm, full, and having clean underwear. However, as the years have passed you’ve continued to explore this world around you and along the way you’ve developed even stronger opinions on these same topics. Yes, being warm is good, but you’ve discovered that 72 degrees is the perfect temperature inside your home (even though your spouse prefers to keep the temperature somewhere closer to that of the South Pole). Yes, being well fed is important, but now you have strong views regarding WHAT you’re fed. You like some foods much more than others, and you’re convinced that hot dogs and frozen burritos are among the grandest culinary delights ever concocted by the minds of mortal men. It has been a long time since you’ve worn diapers, hypothetically speaking, but you do feel very strongly that boxers are better than briefs.

And here’s the thing. Over the years you’ve developed REALLY strong opinions and beliefs on all sorts of things. You’re absolutely convinced that your favorite football team is the grandest franchise in the history of sports, and you can’t even begin to fathom how anybody could ever root for the Dallas Cowboys. You go to Wal-Mart and inwardly shake your head in dismay at the way some people parent their children.  Why? Because you’ve figured out the way it OUGHT to be done. You have strong political views, and you aren’t afraid to express them on social media. You struggle to fathom how anybody on the opposing side could ever see things differently. When you watch the sunset in the evening you do so with a whole system of subconscious beliefs regarding what scientifically causes the sun to set, how long the Sun has been there, and how our universe came to be in the first place. When you see a homeless person on the corner you react on the basis of a system of beliefs you have developed regarding the cause of homelessness, the solution to the problem, and your role as a part of that process.  When you look at the world you have strong opinions about the way thing ARE and the way things OUGHT to be.

All of this is to say, you have a worldview. It may be that you’ve never used that term, but you have one just the same. It is the way you approach the world, define reality, and make decisions on a daily basis. It is the lens through which you see everything.

The problem for many followers of Jesus today is that their worldview isn’t based on the scriptures or the teachings of Christ. Sure, they do some things that seem very Christian, and, yes, they may go to church on Sunday and even have a cross necklace or religious tattoo, but they don’t view the world through the lens of Jesus Christ and His Kingdom. They may give lip service to Christianity, but their thinking is thoroughly secular or pagan, or more likely, some mixture of the three. The lens through which they view the world isn’t the Gospel.

“Any error we follow occurs when we deviate from the Gospel.”

“The Gospel is everything…”

“If you say Jesus is everything to you, does your life reflect it?”

Just be honest – how much of an impact does the Gospel have on your life on a daily basis? Understand, I’m not talking about the Gospel as a statement of historical fact: “I believe Jesus died on the cross for our sins and rose again on the third day.”  As a statement of fact even the demons believe that, but they don’t live Gospel centered lives.

I’m not asking if you believe Jesus rose from the dead; I’m asking what impact that truth will have on your life when the alarm clock goes off in the morning and you drag yourself off to a job you can’t stand. What difference will the living Savior make in your life this week when you feel the pressure of a to-do list with twenty items on it and the time to actually do only ten? What difference does the reality of God’s Kingdom make when you interact with your neighbors, coworkers, acquaintances, and your children?  Is your life really Gospel centered?

In an essay found in The Weight Of Glory, C.S. Lewis wrote, “I believe in Christianity as I believe that the Sun has risen, not only because I see it but because by it, I see everything else.”  This is the heart of what it means to live a Gospel centered life, and it won’t happen unless we’re intentional about it.  All around us every day are voices, literally thousands of them, influencing us to think in terms outside of the Gospel. As a result, we often don’t see the world around us correctly. Our prescription is off, and our lenses need to be changed. We must train ourselves to view this world through the lens of a risen Savior, the hope of the Gospel, and the reality of a present Kingdom of God in our midst. May the risen King of Kings and Lord of Lords become the lens through which we view everything else!